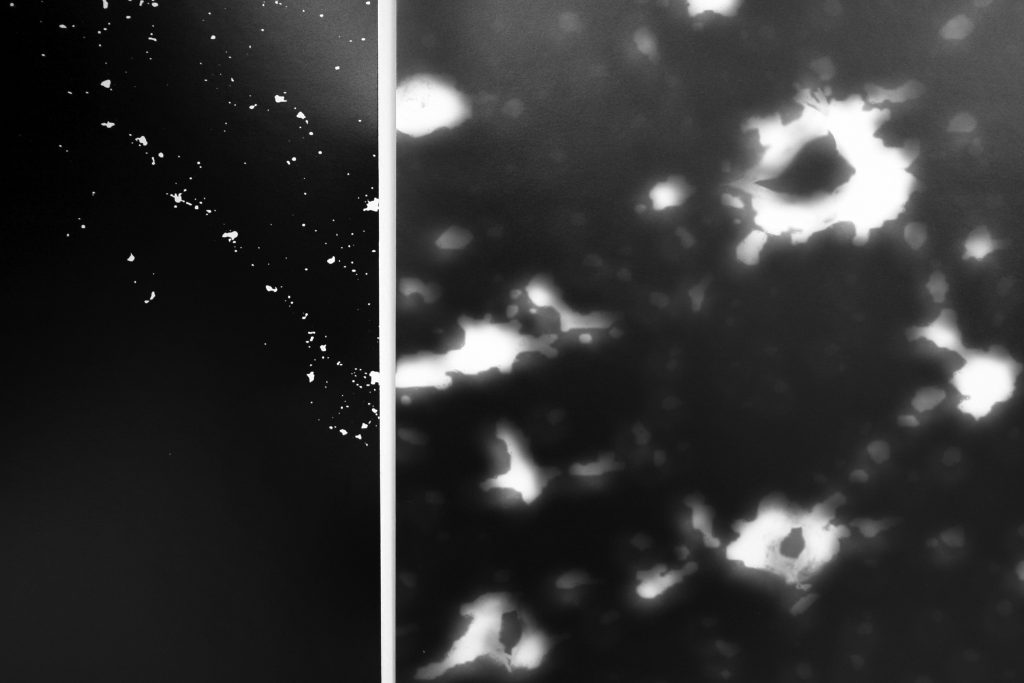 The basic material for Lights was a satellite image from NASA’s earthobservatory image of the day archive (http://earthobservatory.nasa.gov). These night shots illustrate the concentration of light and electricity across the globe; their purpose being to present a global view of urban sprawl. As these photos were generated in a scientific context they are considered to be objective; however, they still needed to be manipulated and corrected to clearly depict relevant data. Even so points of light in close proximity tend to interfere with each other in various ways thereby distorting the information rendered; for example, brighter places may appear bigger than their similarly sized but dimmer cousins.

Jutta Strohmaier’s artistic intervention with this material introduces a kind of analog, reverse engineering of the original data. First she printed a large negative of the original image and then manipulated the negative with a pin, making holes in the larger spots of light, effectively  “erasing” certain information. The manipulation continued during the printing process, with double exposures and shifting of focus and scale. In the course of this procedure the manipulation itself became apparent. With Lights the artist does not claim to restore the truth, but rather to underscore the point that even in so-called objective images there is room for interpretation, playfulness, scepticism and biased reading.